Outside Podcast: Getting Past Our Fear of Sharks 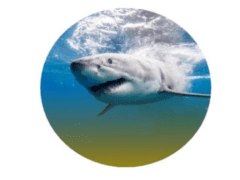 Recent months have seen a media frenzy around the return of great white sharks to the waters surrounding Cape Cod.

And with good reason: over the summer, great whites were routinely spotted off the iconic vacation destination’s most popular beaches.

In 2018, a Cape boogie boarder died after being bitten by a shark—the first fatal attack in Massachusetts since 1936. But behind the headlines about freaked-out tourists and angry locals, the real story on the Cape is about how we learn to live with fear—or, just maybe, get past it. Produced in collaboration with our friends at the Outside/In podcast, this episode investigates the extreme reactions we have to living alongside one of the world’s most terrifying predators.