Outside Podcast: Drinking Yourself to Death 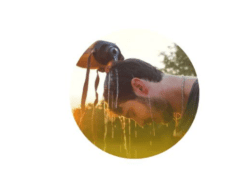 Water is life, we’re told. But what if you drink too much?

As it turns out, there’s a little-discussed flipside to dehydration called hyponatremia—and it’s been on the rise, killing athletes and otherwise healthy people every year. And while you may think you know how much you need to drink, chances are you’re wrong.