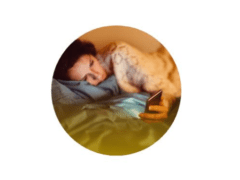 If you want to understand sleep deprivation, you want to talk to a member of the Navy SEALs, who go nearly a week without rest during training.

And there’s probably no better Navy SEAL to talk to than Kirk Parsley, the physician who started noticing all sorts of problems with his fellow elite soldiers. They weren’t recovering from workouts, they had trouble concentrating, and they were emotionally unstable. The culprit: they weren’t getting enough zzz’s. After a decade studying the benefits of sleep, Parsley says that getting enough rest at night is the single most effective performance-enhancing habit. Miss two hours of sleep and he can tell. Here, he goes beyond the eight-hour rule to talk specifically about how shuteye makes you faster, stronger, and smarter, and how sleep aids can actually do more harm than good.