Outside Podcast: Can You Outrun Anxiety? 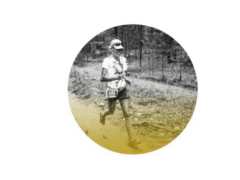 In 2008, Katie Arnold was hiking a trail near her home in Santa Fe with her baby daughter strapped to her chest when a man attacked her with a rock.

Two years later, Arnold’s father died shortly after being diagnosed with cancer. Overwhelmed with grief and anxiety, she tried many remedies but the only one that worked was running. Eventually she began racing ultras and became an elite competitor, winning the iconic Leadville 100. In this conversation with Sarah Bowen Shea, the host of Another Mother Runner podcast, and professional endurance athlete Yuri Hauswald, Arnold talks about her new memoir, Running Home, and the unique healing power of endurance sports.