Outside Podcast: Can We Please Kill Off Crutches? 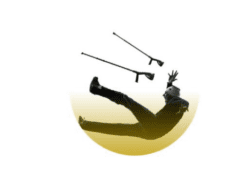 They’re hard on your wrists, they cause falls, they cause nerve damage. This is why almost every country in the world has abandoned them—except the U.S., where if you go to the hospital with a leg injury, you’re most likely going to leave with adjustable aluminum crutches. In this third installment of our series exploring how gear gets made, we look at the fascinating history of why better designs for crutches haven’t caught on, and whether or not they ever will.