Outside Podcast: Can Humans Outrun Antelope? 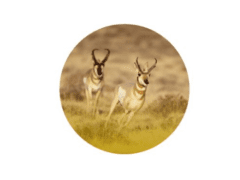 Several decades ago, radio producer Scott Carrier and his brother Dave tried to chase down an antelope on foot.

That might sound crazy, but Dave was an evolutionary biologist and had just come up with a radical idea: during the heat of the day, humans can outrun most any creature, even one of the world’s fastest animals. His theory was that humans had evolved as endurance predators, able to hunt without weapons. So the brothers gave it a shot, and Scott produced a story about the efforts that absolutely captivated people, especially young men. We talk with Scott about this and replay his amazing piece, which still feels fresh and relevant today.