Outside Podcast: Call of the Wild Things 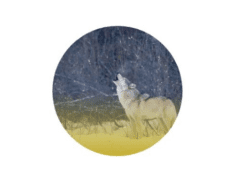 Wolf howls, bird songs, crickets, frogs—soundscapes contain clues to not only what’s going on around us but also who we are.

Not just as individuals, but as human beings. Or at least, that’s what Bernie Krause says. Krause is a soundscape artist who’s spent decades collecting the sounds of the natural world and contemplating their meaning. In this piece, producer Tim Hinman from the podcast Sound Matters talks to Krause about how soundscapes work, what they can tell us about our world, and why audio ecology should be an integral part of how we think about conservation.