Outside Podcast: Bill McKibben on the End of Nature 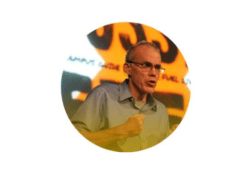 Few people have done more to sound the alarm about climate change than writer and activist Bill McKibben.

He’s been doing it since 1989, when he wrote his first big scary book on the topic The End of Nature. Thirty years later, he’s still at it, and climate change is even scarier. The result is the book Falter: Has the Human Game Begun to Play Out? In many ways it’s his darkest book yet, drawing on even more scientific evidence while investigating new threats, like genetic engineering and artificial intelligence. Outside editor Chris Keyes wanted to know, is there any hope at all? The answer is, yes, there is a scenario in which our species actually makes it out of this mess. Keyes caught up with McKibben at his home in Vermont to talk about it.