Outside Podcast: Ayana Elizabeth Johnson Wants YOU to Save the Planet 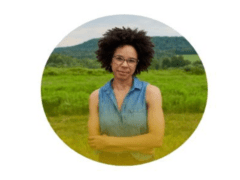 Marine biologist Ayana Elizabeth Johnson has to be among the busiest scientists in the world.

She runs a conservation consulting firm, Ocean Collectiv, as well as a think tank focused on the future of coastal cities called the Urban Ocean Lab. She was an advisor to Elizabeth Warren’s campaign. In June, she wrote an influential op-ed for The Washington Post that explained to white environmentalists why it’s critical for them to join the movement for racial justice. She’s currently editing an anthology of essays by women climate leaders, and also writing her own book on solutions to climate change. And starting this week, she’s cohosting a new podcast with industry titan Alex Blumberg ambitiously titled How to Save a Planet. Her journey to becoming a star in the environmental movement has been defined by a collaborative approach to problem solving, and now she’s asking us all to work together on answering a very big question: What does the future look like if we get it right?