Outside Podcast: A Very Old Man for a Wolf 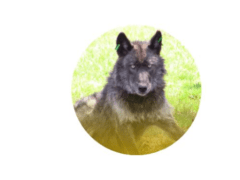 He swam across the Snake River to Oregon, which was then outside the gray wolf’s range. After he established a territory, he became the most controversial canid in the state. Dubbed OR4 by the Oregon Department of Fish and Wildlife, he was the alpha male of the first pack to live in Oregon in more than half a century. For years biologist Russ Morgan tracked him, collared him, counted his pups, weighed him, photographed him, and protected him. Environmentalists rejoiced. Cattle ranchers called for his death. OR4 continued making bold raids on livestock and became known for his enduring competence as a hunter, father, and survivor. But nothing lasts forever.