Outside Podcast: An Amazingly Crappy Story 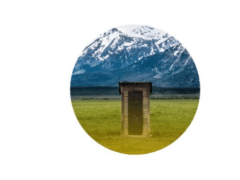 Every single one of them said human waste.

Since then, Hill has been on a quest to figure out what to do about the fact that U.S. national parks get more than 300 million visitors each year, and at some point most of them have to take a dump. So far, every solution has failed. And so with every trip to the outhouse, we’re contaminating groundwater, spreading disease, and costing parks a fortune. Recently, however, Geoff found an elegant remedy.

Correction: In this episode, we mistakenly say that Geoff Hill licensed a toilet from Ecosphere. The company’s name is Ecodomeo.