Outside Podcast: The Simple Secrets to Athletic Longevity 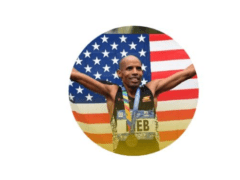 Everyone gets older, but not everyone bows out of competition in middle age.

Journalist Jeff Bercovici wanted to know: Why? Why do some athletes flame out in their thirties and forties, while others are still going as senior citizens? Is it genetics? Special training? Diet? And could amateur athletes achieve similar results?

Outside editor Christopher Keyes talks with Bercovici about his new book Play On: The New Science of Elite Performance at Any Age, and what it takes to reverse the effects of getting older.