Outside Podcast: Doug Peacock on the Fight to Protect Grizzly Bears 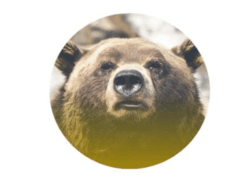 Doug Peacock took an unlikely path to becoming an icon of conservation.

Following two tours in the Vietnam War as a Green Beret medic, he sought solace in the American Wilderness, where he began observing and then filming grizzly bears. He believed the bears saved his life, and he felt compelled to return the favor. Many people know Peacock as the inspiration for George Hayduke, the infamous character in The Monkey Wrench Gang, the 1975 novel by Ed Abbey. Over the years, Peacock authored a number of books about his journey. At the 2019 Mountainfilm festival, in Telluride, Colorado, he sat down with veteran radio producer Scott Carrier to offer an enlightened perspective on the history of bears in this country, share some hysterical stories about his own encounters with the animals, and give his take on the challenges that grizzlies face today.