OLogy: What Do You Know About Life on Earth? 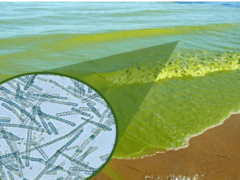 Test your knowledge about the major groups of life on Earth.

Did you know that life on Earth began in the oceans? First came true bacteria and probably archaea, followed by eukaryotes. Eukaryotes include protists, plants, animals, and fungi. Protists appeared first. Plants, animals, and fungi appeared much later. And it was only about 360 million years ago when some vertebrate animals began transitioning onto land!