OLogy: The Legend of the Flying Frog 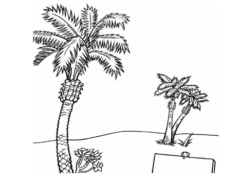 Invent a story about an endangered species. Then draw and write about it!

This is your chance to draw and write a story about a make-believe endangered species.