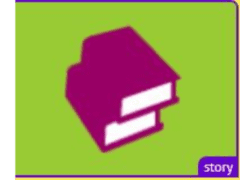 Dig your way through this list of ten titles.

Find out how teams of experts work together to dig dinosaur fossils out of the ground, and put together skeletons that look like the dinosaurs that lived millions of years ago.

Dinosaur and Other Prehistoric Animal Fact Finder
By Michael Benton

In this fact-filled book, you can find out about the history of fossil-hunting, Earth’s age, how fossils are formed, and much more—including a detailed guide to over 200 prehistoric creatures.

Paleontologists at the American Museum of Natural History tell you all about dinosaurs and their place in the great diversity of life.

The Fossil Factory: A Kid’s Guide to Digging Up Dinosaurs, Exploring Evolution, and Finding Fossils
By Niles, Gregory, and Douglas Eldridge

A scientist and his teenage sons lead a fascinating tour of evolution, from the earlier one-celled creatures to Homo sapiens (us!).

What were the ancestors of the dinosaurs? Find out the answers to these questions and more in this fantastic book.

The Magic School Bus: In the Time of Dinosaurs
By Joanna Cole

Ms. Frizzle and the Magic School Bus kids take you on an adventurous field trip to Dinosaur Land, where you’ll encounter dinosaurs of all shapes and sizes.

The Nest of Dinosaurs: The Story of Oviraptor
By Mark Norell and Lowell Dingus

Read about how an incredible find in the Gobi Desert of Mongolia changed seventy years of scientific thought about the Oviraptor, a dinosaur that has been extinct for millions of years.

Learn about the discovery of a dinosaur nesting ground in Patagonia that made world headlines.

This full-color illustrated book gives you information about different dinosaurs, including behavior, diet, and proper pronunciation of names.

What Color Is That Dinosaur? Questions, Answers, and Mysteries
By Lowell Dingus

This book explores all your questions about dinosaurs, including how they are related to one another.