OLogy: All About Cloning 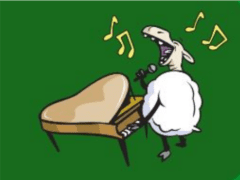 Investigate the how and why of cloning.

In 1997, a 7-month-old sheep named Dolly became a celebrity. Dr. Ian Wilmut, a Scottish scientist, announced to the world that he had created her using a procedure called cloning. Cloning is a method that scientists use to produce a genetic copy of another individual. In other words, Dolly was a clone of her mother.