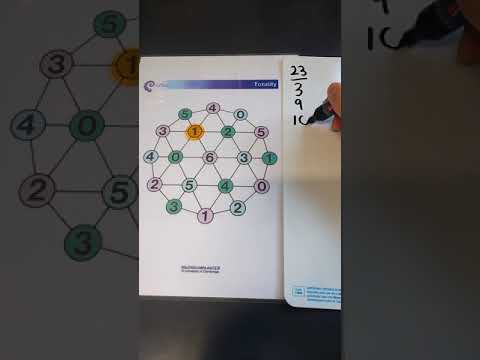 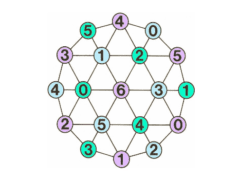 This is an adding game for two players.

You will need a copy of the game board and a counter.

The aim of the game:

Slide the shared counter across several adjacent numbers, adding them up as you go to make a ‘running’ total. Be the player to make the final slide so that the chosen target is reached exactly. Making the total go above the target loses you the game.

1. Player 1 chooses a target to reach. This is the total both players try to make.2. Player 2 places their counter on the game board over one of the numbers and says that number.

3. Player 1 moves the same counter in any direction along a line segment to a neighbouring number and announces the total of the two numbers.

4. Player 2 moves the same counter to cover a neighbouring number, adds on that number, and announces the ‘running’ total of the three numbers.

5. Players take it in turns to slide the counter to cover a neighbouring number and to add that number to the ‘running’ total.

6. Players must move when it is their turn.

Have a go at playing the game several times.

Can you find any good ways to win? Please let us know your thoughts using the ‘Submit a solution’ link.