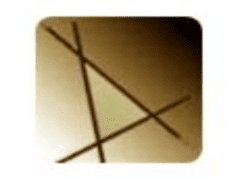 How many intersections do you expect from four straight lines ? Which three lines enclose a triangle with negative co-ordinates for every point ?

How many points of intersections do you expect there to be?

Three of the four lines enclose a triangle which only has negative co-ordinates for all points on that triangle.