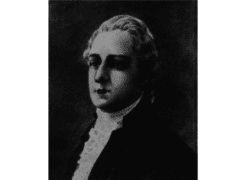 Dr. Benjamin Church was one of the prominent leaders of the Sons of Liberty, trusted by Joseph Warren, Sam Adams, John Adams, and Paul Revere.

By early 1775, he began selling information to General Thomas Gage, commander in chief of the British forces in America, in the form of coded letters. One of those letters was found and brought to the attention of General George Washington. On October 3, 1775, General Washington and his leading advisors met at headquarters – now Longfellow House-Washington’s Headquarters National Historic Site – to discuss the suspected treason of Church. Dr. Church admitted to writing the coded letter but claimed he did it to get intelligence from the British army for the Continental Army. Was Dr. Benjamin Church a traitor?

Decode Dr. Church’s letter to find out what he wrote to the British army and decide for yourself if he was a traitor!