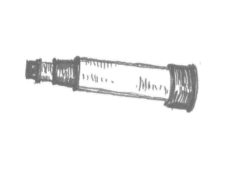 The waterways played an important part in winning the Revolutionary War for General George Washington. Use the spy code from Washington’s papers to decipher important words in this letter from General George Washington to the Marquis De Lafayette concerning trapping Lord Cornwallis at Yorktown. The French fleet of battleships blocked the Chesapeake Bay so that Lord Cornwallis had to surrender the British troops to General Washington.