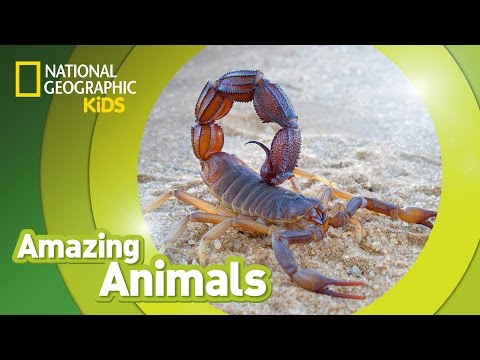 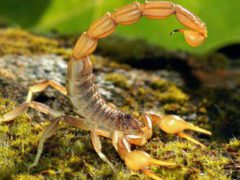 Scorpions are arachnids and have eight legs like their cousins—spiders, mites, and ticks.

They can quickly grab an insect with their pincers and whip their telson, the poisonous tip of their tail forward and sting their prey. They use their poison to kill prey and to defend against predators.