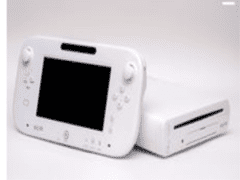 How much should Nintendo charge for a video game console?

How much should Nintendo charge for a video game console? In response to a sales slump, in 2013 Nintendo dropped the price of the Wii U video game console. The following month, they sold three times as many units, which suggests their plan worked. However, Nintendo may have gotten the price wrong.

In this lesson, students use linear and quadratic models to analyze and discuss the relationship between the price of a Wii U console and profits for Nintendo.