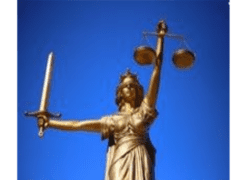 Is there evidence of racial bias in death penalty sentencing?

Many U.S. states allow capital punishment for certain crimes. Some people argue that an “eye for an eye” is a fair punishment, while others believe the death penalty is unfairly imposed.

In this lesson, students analyze almost thirty years’ worth of data summarized in n-way frequency tables and discuss whether they see evidence of racial bias in who receives the death penalty and who doesn’t.