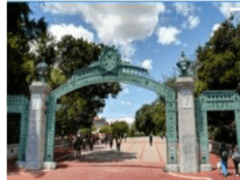 Did UC Berkeley discriminate against women?

In 1973, the graduate school at the University of California, Berkeley, admitted 44% of its male applicants, but only 35% of its female applicants. As a result, the university was later sued over gender discrimination in its admissions process. In court, however, the university pointed out that most of the graduate departments actually admitted women at a higher rate than their male peers. How could that be?

In this lesson, students use frequency tables and conditional probability to explore Simpson’s Paradox and try to settle the discrimination case once and for all.