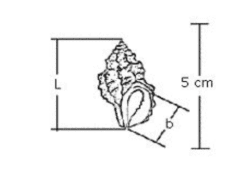 Sea gulls and crows feed on various types of mollusks by lifting them into the air and dropping them onto a rock to break open their shells.

Biologists have observed that northwestern crows consistently drop a type of mollusk called a whelk from a mean height of about 5 meters. The crows appear to be selective; they pick up only large-sized whelks. They are also persistent. For instance, one crow was observed to drop a single whelk 20 times. Scientists have suggested that this behavior is an example of decision-making in optimal foraging.

Students will analyze and graph the data taken from previous two lessons.

Sea gulls and crows feed on various types of mollusks by lifting them into the air and dropping them onto a rock to break open their shells.