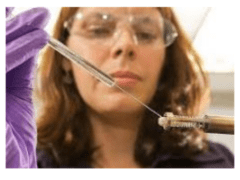 Particle physics is also known as “high-energy physics” because many of the particles being studied only appear after extremely high speed collisions in particle accelerators, sometimes called “atom smashers” by the general public. A doctorate in physics is usually required for a career in particle physics.