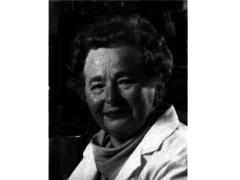 Accomplishments: Gertrude developed many new drugs during her research that led to the development of the AIDS drug, AZT. She also invented drugs used to help cancer patients, organ transplant patients, people with gout and even malaria! Instead of using a trial-and-error method, Mary and George used the differences between normal cells and pathogens, which are diseased cells, to make drugs that could kill these diseases! They received the Nobel Prize in Medicine in 1988!

Fun Fact: Although Gertrude never formally earned a PhD, she received an honorary PhD from Polytechnic University of New York in 1989 and a Doctor of Science degree from Harvard University in 1998!