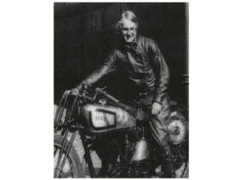 Accomplishments: During World War II, Royal Air Force fighters sometimes had issues diving while in combat because their engines would be flooded with excess fuel and cut out. Tilly devised a simple solution to this problem. She designed a metal disc with a hole in the middle that kept the flow of fuel constant. This device was popular with the RAF fighters, who nicknamed it “Miss Shilling’s Orifice,” or just “Tilly’s Orifice.”

Fun Fact: Tilly also raced motorcycles! She even beat professional riders and won the Gold Star for lapping the Brooklands circuit at 106 mph!