Brains On! How Do Engines Work? 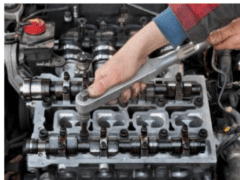 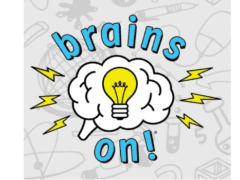 On the first leg of our road trip, we’re exploring the history of engines and how they work, with a little help from Car Talk’s Ray Magliozzi.

The fundamentals of the internal combustion engine, haven’t really changed since it was first invented in the 1800s. How do tiny explosions power our cars? And how did gas-powered cars come to dominate over electric and steam-powered engines?

(Subscribe to our newsletter to get downloadable road trip activity sheets!)

The engines used in most cars today are called internal combustion engines, but when they were first invented they were called “exploding engines” by some. That’s because your car is powered by lots of tiny, controlled explosions happening inside its engine.

For most cars, that’s at least 6000 explosions PER MINUTE when you’re driving down the highway. An explosion of explosions!

Here’s how it works: When a fuel like gasoline is mixed with air, and then exposed to a bit of heat — boom! That’s called combustion. This reaction produces exhaust and heat.

Exhaust is mostly made up of gases so when it’s heated up, it expands. This expanding gas exerts a pressure, pushing on the things around it. In this case, the gas pushes on sliding parts of the engine called the pistons, which are metal rods that fit neatly in metal tubes.