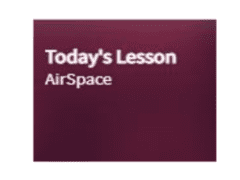 As part of NASA’s Teacher in Space Program, Christa McAuliffe prepared lesson plans and lectures to beam into classrooms from orbit aboard the Space Shuttle Challenger.

She, and the rest of the Challenger crew, were lost when the Shuttle broke apart 73 seconds after launch. This episode is about the lessons she had planned to perform in space, which now form an important part of her legacy.

Christa planned six science activities, known as the six lost lessons, that were to be used as educational resources for students around the world. The Challenger Center, in partnership with NASA and STEM on Station, worked with astronauts Ricky Arnold and Joe Acaba to film these demonstrations on the International Space Station and complete these lessons.

Emily, Matt, and Nick reflect on the Teacher in Space program, the lost lessons, and the impact McAuliffe had on a generation of students, teachers, and astronauts.

You can find more information about Christa McAuliffe’s lost lessons, including videos, lesson plans, and other STEM resources at challenger.org.