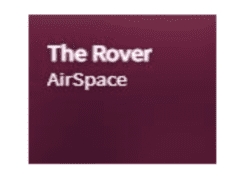 The shiny new robot Perseverance (who looks like a lot its cousin Curiosity) is headed for Jezero Crater—the location of an ancient Martian lake—to search for signs of microbial life. Emily, Matt, and Nick (who’d rather be lakeside themselves—jk, they’ve never been outdoorsy types) will break down all the details of the mission, including soil sample caches and the very first helicopter on Mars (if we don’t have Martian aerials on our Apple TV screensavers this time next year, we will be so, so disappointed). We’ll also tackle the burning question: do we call our new robot friend “Percy” or “Vera” for short? All of that and more, today on AirSpace!