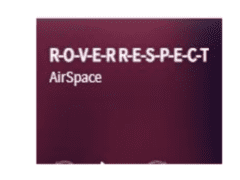 AirSpace listeners know that no space mission is complete without a cool name, and there’s no “higher” recognition than having a space probe named in your honor (see what we did there?).

When we heard that the European Space Agency named its new Mars rover after our favorite British molecular biologist Rosalind Franklin, we were so stoked. Franklin played a key role in unraveling of the structure of DNA, but she hasn’t always gotten the recognition she deserved for that critical contribution. Our intrepid hosts explore the legacy of the real Rosalind Franklin, who helped us understand life on Earth, and the future of her namesake robot, who is going to search for signs of life on Mars.