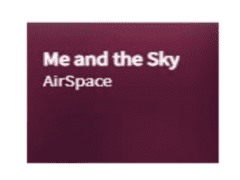 If you’re a Broadway fan (or have been ANYWHERE near a theater in the last couple years), you’ve likely heard about Come From Away—the Tony-award-winning smash hit musical with a story firmly rooted in generations of aviation history.

On September 11, 2001, 38 commercial airliners were diverted out of US air space to a small town with a big airport called Gander, Newfoundland. Come From Away puts a spotlight on Beverley Bass, American Airlines’ first woman Captain who commanded one of the aircraft. Nick sits down with Beverley to hear the story of her incredible career firsthand, and Emily talks to Come from Away’s writers, Irene Sankoff and David Hein, to learn how they were inspired to write an entire musical about the biggest aviation hub you’ve likely never heard of. Early aviation history, pioneering pilots, and one community’s story of unity on a day of infamy—there’s a lot going on in this episode (but still no intermission).