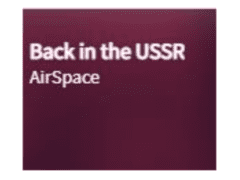 The Soviet space program (and its Russian successor) is rightfully known for significant achievements like the first man and woman in space, the first spacewalk, and the longest spaceflight…but space shuttles? Not as well known as these other milestones is the Soviet shuttle program, or “Buran” (which is Russian for ‘snowstorm’—thanks, Matt). Developed in secret, launched only once, then mothballed (and worse), the sad tale of Buran occasionally surfaces on the internet, but remains shrouded in mystery for many—even within the space community. From the steppes of Kazakhstan to the banks of the Rhine river, from international intrigue to amusement park attractions, we’re going to peel back the layers surrounding this curious relic of the Cold War arms race.