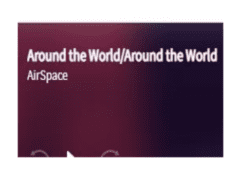 Did you know that the first flag on the Moon was Swiss?

Well, kind of. But, the international community has contributed more to  the exploration of space and our understanding of the universe than you might think. From India to Israel, lots of countries are sending missions to Mars, landing on comets, and observing Earth from orbit. Emily, Matt, and Nick explore space agencies from around the world, including a mission from Japan’s JAXA that just arrived at an asteroid after a 3-year, 2 billion-mile journey…and that’s not the half of it.