Why does soda shoot out of the can when you open it?

When soda companies add carbon dioxide gas to a soda mixture, the water is very cold so it can hold a lot of gas. They also use pressure to put more gas in the water than it could normally hold at that temperature.

But when a soda can warms up a bit or when the can is shaken, that extra gas is really ready to come out. So when you open up the can and release the pressure, splooosh!

Why does soda bubble so much when you pour it on ice cream to make an ice cream soda?

Ice cream may look smooth to you, but if you could see it with a powerful microscope you would see something different. Throughout the ice cream there are very tiny ice crystals. The gas molecules from the soda gather on these tiny crystals and become bubbles of gas.

If the ice is already wet, some of the points are smoother so not as many bubbles form.

A water molecule is made up of one oxygen atom and two hydrogen atoms.  Water makes up about 95% of most sodas. 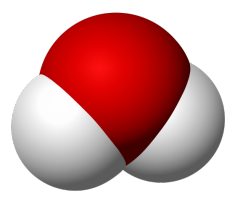 The sweetener in most soda is a mixture of a sugar called “glucose” and another called “fructose”. In fact, when these two sugars are attached to each other, it makes another sugar called “sucrose.” Sucrose is the regular sugar you use in iced tea or in baking. It is made from carbon, oxygen, and hydrogen atoms. 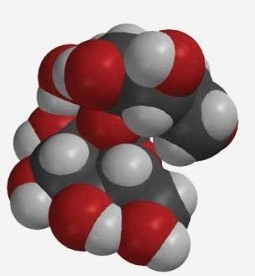 Carbon dioxide is made from one carbon atom and two oxygen atoms.     The molecules of carbon dioxide are thoroughly mixed and dissolved into the water in the soda pop. When you open a soda can or bottle, the carbon dioxide will begin to come out of the soda and into the air. Eventually enough will come out and the soda will become flat. 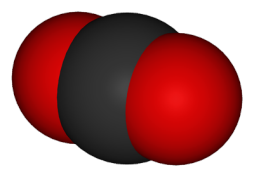 Why is gum chewy? What helps make the bubbles in bubble gum? Chew on the answers in Gum!

How can a candle wick burn for so long? Where does all the candle wax go? See the light in Flames!

What are braces made of? What do braces and satellites have in common? Get your answers straight in Braces!

What makes ice cream so smooth? Did you know it takes more than a freezer to make ice cream cold?

How strong can glue be? What’s tape made from? Find the answers to these sticky questions and many more!

What’s inside a popcorn kernel? What makes popcorn pop?

What is pencil “lead” made from? Why does the lead from pencils seem slippery? How do erasers work?

How small is an atom, or a water molecule? So small that 600 billion trillion water molecules will fit in a tablespoon! Take a look to see how huge that number really is!

What makes a rubber ball bounce? Why is rubber good for sneakers and bike tires? The motion’s in the molecules!

What is a bubble made of? What makes the colors on a bubble? How big can a bubble get? Learn about bubbles – no troubles!

How do taste buds work? How do we smell stuff? Do smell and taste work together? Learn how molecules, nerves, and brain power help us smell and taste!